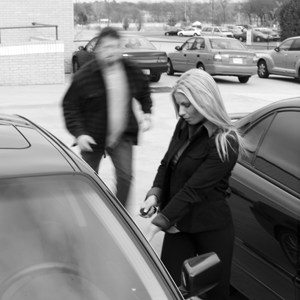 thanks to low tech combat for this

The
5 Best Improvised Weapons in the World

LOOSE
CHANGE
This is a simple and basic projectile weapon. A bunch of loose change
thrown really hard straight at an attacker will likely trigger a flinch in them.
Just get the change out and throw it really hard. An alternative would be a
suitably small rock or rocks. Anything small and with weight. To conserve ammo,
throw the coins one or two at a time.
Benefits:
Extra long distance
Projectile weapon
Delay an advance
Multiple volleys can be used
Surprise an attacker
Used to regain the initiative and launch into follow up attacks if required,
or escape
Enable space to manoeuvre
Provides time to call out for help, gain attention of third parties, deter
willingness for attacker to continue etc.
Quick to get to, especially if it is a mugging type attack, hand in pocket
etc.
Can be used to buy coffee, fill parking meter
Disadvantages:
You need to have a pocketful of loose change
You may not be a good thrower and miss entirely
May only get one throw
Unlikely to deter a committed attacker
4. A Backpack

BACKPACK AS
SHIELD
A backpack (or other suitable bag), can be used as an excellent shield. A
backpack can quickly be swung around and held up in front of the body acting as
a modern day shield. It can even be held by one arm leaving the other free to
use a weapon or fend or whatever.
Benefits:
Can be used as a shield
Can leave other hand free to use a weapon (such as No. 5, 3 or 2)
Can slow down and/or confuse/delay an attacker
Unexpected use, can put attacker off
Can be swung or used as a weapon, primarily to create distance to
facilitate manoeuvre
Can freely carry around out in public
Quick to use
Can leave lying in house at strategic locations for home defence
Can carry around your stuff, handsfree
Disadvantages:
Limited use as an offensive weapon, no stopping power
May not always have
Can flail around, be hard to control
Can be too heavy to hold up if carrying heavy/numerous items
3. A Drink

BOTTLE OF
DRINK
A bottle of drink (glass or plastic), a hot coffee, a can of soft drink,
glass of soft drink etc. can all be used as excellent improvised weapons. These
are cheap and you can have one anywhere. They can be used a number of
ways.
Benefits:
Can carry a drink almost anywhere
Very benign, common
Half filled or more in a bottle with lid on can be used as an impact weapon
Hot fluid can be used to scald
Cold fluid can be used to distract/cause flinch/harness element of surprise
and regain initiative
Cheap disposable item
Various drink types are available everywhere
Full unopened can is a solid impact weapon, especially when thrusted
straight out
An Aluminium Can can cut when scrunched up and twisted and the sides split
Half full or more bottles and cans as well as glasses can be thrown as
projectiles
Drinks can provide sustenance
Disadvantages:
Limited range advantage, unless thrown
Limited hard, solid surface except unopened can
Scalding from hot coffee gets one shot
Broken glass can injure self
Almost empty plastic bottles offer limited advantages over unarmed strikes
2. A Maglight Torch

MAGLIGHT
TORCH
My Maglight torch is an excellent, solid impact weapon with bonus light
that can be used tactically as well. I have had one for years and it will always
feature in my home defence strategy.
Benefits:
Solid weight
Good to use as an impact weapon
Very Strong
Used for offense and defence/blocking
Common household item in event of blackouts etc.
At night, can turn light on in attackers face for further effect, even set
up a strike
Excellent for home invasion situations
Offers some range beyond unarmed
Good for striking weapons or weapon bearing arms/hands
Lots of systems that formally teach stick of similar length so can gain
proficiency
Can be used to provide light when it is dark out
Disadvantages:
Difficult to have at hand in public places, no bags, cannot get into bag in
time etc.
Many situations would be unable to have
Need room to swing
Learn more about the Maglight HERE.
1. Unbreakable
Umbrella

UNBREAKABLE
UMBRELLA
I have had my Unbreakable
Umbrella for a couple of years now. I got the knobbed end rather than the
crook, curvy end. I find it easier to hold and wield. This umbrella is perhaps
the ultimate improvised weapon as you can take it anywhere you want to go. You
just need to get over the fact you are carrying an umbrella around, they can be
kind of dorky to some. Good for home defence, travelling and when out and
about.
Benefits:
Excellent long range, can strike weapons or weapons bearing arms, hands etc.
Can swing out wide extending with one arm or can be held close with two
hands and thrusted
Can use to keep attacker away, enabling time to call for help
Can keep multiple attackers at bay, at least for some time
Can be used in stabbing/thrusting motion to strike with the tip
Can be used as impact weapon
Common benign item
Can be taken even on aircraft
Used for offence and defence/blocking
Can be carried in public places
VERY strong
There are lots of systems that teach stick fighting of similar lengths to
the umbrella so you can gain proficiency
Can keep rain off you and a friend
Disadvantages:
Can be odd on bright sunny days
Some can feel awkward carrying around an umbrella
Can be cumbersome to carry around at first
Can be seen as 'uncool'
Learn more about the unbreakable umbrella HERE.
How would you use these improvised weapons? You could use some for
at home, some for when you go out at night, some for travelling, some for during
the day, some for commuting etc. Think of a way to layer the use of improvised
weapons.So there we have it. The 5 Best Improvised Weapons in the whole
entire world.\


thanks again to low tech combat for this
http://www.lowtechcombat.com/2012/01/5-best-improvised-weapons-in-world.html?utm_source=feedburner&utm_medium=feed&utm_campaign=Feed%3A+lowtechcombat%2FWHwU+%28Low+Tech+Combat%29&utm_content=FaceBook
Posted by Stan the Self Defence Man at 05:25