Beef up your Strikes

Take the heel of palm strike.
and please dont give me that a wussy sissy punch. It has the same power as punch, looks less aggressive on video, can be done from your passive I dont want to fight stance and less chance of injuring you hand or being cut open on someone teeth and adding infections.  Add i once did a seminar with military guys some army, some marines and one who was a navy seal, all that state they train open hand. So they dont bust hey hand, in the field a broken knuckle and sore finger means they cant shoot and are no useless for the mission. 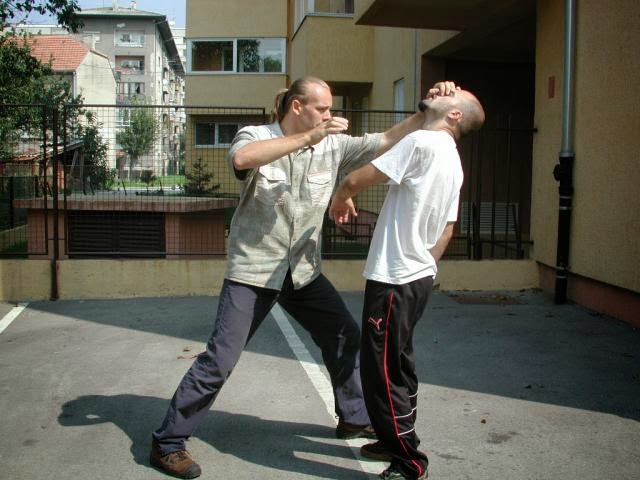 Now if we have used the footwork as stated in the previous post, depending where we are will determine the strikes or kick we can use. If we stepped back we will need to long range kicks or step in to punches. If we moved in or away we have change the range and are now in range for punches or strikes or closer still for elbow, forearms and knees or grappling if required. Now as we deliver the strikes step in the direction of force. If its straight blast to the chin step forward.  If you going to use a hooking/ round strike move more sideways
Posted by Stan the Self Defence Man at 04:51