is to be alive

Travelling back from town after an awesome seminar with Jeff and Kane Untold Secrets of Industry Rockstars.

Get off the Train at Currabine two 12-13 olds get off and single 14-15 year old get off.
The two put in their ipods and wander off talking and texting one almost walked into a wall.
Easy target a least they were in pairs but an easy target.

Teenager put hoodie up started texting, didn't look around even through I was following the same path along the underpass to the car park, didn't even notice the group of 4 boys standing around checking her out, one even made a move towards her, but decided not too as I cut across his path on the way to my car

Hoodies stops you peripheral vision, which means you cant see side ways, not even looking around and focusing on you phone means you attention is draw and occupied an anything could happen. ipod in and texting bing no awareness
Best target there is.  People can now get dangerously close and you didn't see them, couldn't escape and avoid and have no chance to talk to the before they get in your personal space where they can now grab, punch or threaten you with a knife and now you are surprised you have lost 5-8 second before they got there you lost 3-5 second while you recover from the shock of being attacked and 1-3 seconds to react to threat and were an attack can last 17 seconds you are well behind.

Girls note this is all the time required for them to drag you down or away, you are still fighting the fear rising and body's natural adrenaline dump ready to run or fight and you prone to freeze, giving them more time. Now it a beating for property (phone, bag, wallet, shoes) or sexual assault.  if you forgot all the rules wore you hoodie , stuck your headphones in, were texting or talking on you phone and now in a bad spot.  Fight back and fight like your life depends on it, because it does. 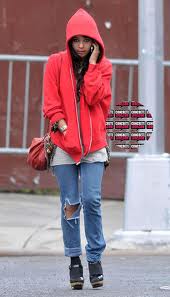 Posted by Stan the Self Defence Man at 06:59