Be Alert with Bert

It happens three times its about 8pm at night
I see a single young lady (two had just finished their shift -- how did i know -- still wearing uniform -- awareness)
All three of them were either texting or talking on the phone.

A little awareness would have stopped that, one either text or talk in a safer area, waiting alone not the best idea and if you are waiting by yourself look around, look left look right and look over your shoulder and do it often.

A friend , occupaction chef, had been working a couple of double shift was at the train station waiting to go home. Had his head down because he was a little tired. When a guy walkedd up and pulled a knife and shoved it in his face. He did have the presence mind to hit him with his chef bag carrying his gear and knifes and run.

Said if had of had his head up, this probly wouldnt have happened.

Attackers will pick people that are tired, sick, injuried or distracted. Its the same strategy that lion and wolves uses to hunt prey.

to be aware is to be a alive 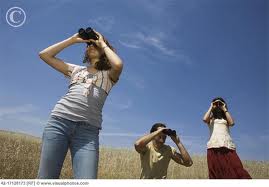 Posted by Stan the Self Defence Man at 05:35