Martial Arts does not prepare you for the REAL World


Martial arts does not prepare you for the street

so i ask the next question how often do you train
oh when i was doing it.....about once a week
so are still training
no to busy dancing, zumba, yoga or got kids now

if you you got attack what would you do
most common answers
poke in eyes, smash in throat and kick in groin (notice no one said they would run)
do you train that
no but if i got attacked it would be there

they have no idea what to do, oops their training not kicking in
or their excuse i knew it wasnt a real attack you are just too nice a guy

Train like you life depends on it because it does.

Stay Safe and to class or organise a self defence party at your place. Dont be a victim. 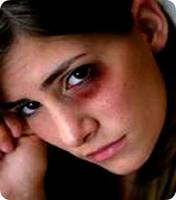 Posted by Stan the Self Defence Man at 06:22